RJ Rushmore, founder of Vandalog.com, will co-lead a street art tour of Stavanger with Jordan Seiler on September 27 and participate in a panel debate on Day 3: Virtual Space. 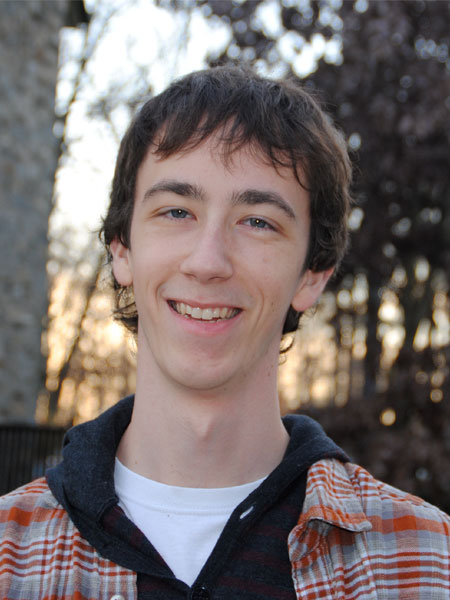 I have an idea. Maybe it’s a crazy idea. Hell, I’m not even fully convinced of it myself. But let’s think about this: Street art is about putting accessible art in front of people without gatekeepers and in unexpected setting, so street art should exist where there are eyeballs but not gatekeepers. Right? Well, where are there eyeballs but no traditional gatekeepers: The internet. By many people’s definitions of street art, it can exist entirely digitally on the internet, but that’s not something that many people think about when they think about street art. I would like to suggest that no, street art does not need to physically exist, but that instead it can be a purely digital creation. While there are examples of this in street art, really, it’s graffiti that has been pushing this idea forward.

Although not a writer himself, Jeff Greenspan was certainly inspired by graffiti when he developed Letterbombing. This idea doesn’t really work anymore due to a redesign of Facebook, but back in 2010 when it was first tried out, people could post messages on Facebook fan pages, and their messages would show up quite prominently on the page. Pages would often be moderated to eliminate rude or negative posts, but Greenspan came up with a solution in Letterbombing. He realized that if a group of people posted innocuous messages simultaneously on the same page, they could use their profile pictures to say any message that they wanted. All a group has to do was turn their profile pictures into letters rather than photos of themselves, and moderates are a lot less likely to spot those negative messages. In a video posted to YouTube, Greenspan and his friends used letterbombing to post the phrase “KEEP FEAR ALIVE” on the fan pages of people like Sarah Palin and Justin Bieber. That’s digital graffiti if I’ve ever seen it, and it doesn’t break any laws.

But “real” graffiti writers are getting in on the digital fame thing too. KATSU has probably been the most forward thinking and successful in this arena. Among his many videos on YouTube, there are two which were pretty much constructed on a computer. In “KASTU TAGGING OVER PICASSO” and “KATSU white house,” KATSU is shown tagging over a Picasso painting and outside of the White House, but upon closer inspection it’s obvious that the videos are digital manipulated and that no painting is actually taking place. Nonetheless, those videos have over 200,000 combined views. KATSU’s videos went viral, invading our screens like graffiti invades the streets, and it got into people’s heads just the same as a good tag. KATSU didn’t actually need to tag a Picasso to get essentially the same result. If graffiti is about fame, KATSU is the ultimate king. He is a fame machine, and he gets his fame online, sometimes even with what some might consider “fake graffiti.”

And at Nuart this year, artists will make some great murals. But only a comparative few people will see them in person. Instead, most of the world will see Nuart through somebody’s well-edited HDR photos posted to flickr or the blogs. It’s not quite as high-tech as KATSU or Greenspan, but it’s art without traditional gatekeepers. Now, I suppose the question is whether those murals actually have to be painted, or if the majority of the world would be equally happy of the same pieces were just photoshopped together at posted online.

THURS 27. POPAGANDA. THE ART AND CRIMES OF RON ENGLISH

Jordan Seiler (US) and Rj Rushmore (US) provide an introduction to Street Art V''s Advertising in the public space.

A PRACTICAL HANDS ON WORKSHOP WITH UK ARTIST JON BURGERMAN, IN ASSOC WITH GRAFIL

Our second day explores the relationship between street art, urban planning and our physical environment.

A pub debate between Carlo McCormick and Rj Rushmore (Vandalog). Can art be truly appreciated on the internet. One thinks yes, the other thinks no. Join us for th...

SAT 29. EXIT THROUGH THE GIFTSHOP

A CASE FOR CRAPPY STREET ART

A SENSE OF PLACE

More about "A SENSE OF PLACE"

More about "KRISTI GULDBERG (NO)"

Artist, Illustrator and lover of all things burger related

Artist, activist and founder of PublicAdCampaign

More about "JORDAN SEILER (US)"

More about "RON ENGLISH (US)"

Renowned Graffiti artist, art activist and champion of freedom of expression. One of LA's leading voices against the prohibition of public murals.

RJ RUSHMORE AKA VANDALOG (US)

More about "CARLO MCCORMICK (US)"

Editor in Chief of Juxtapoz Magazine

More about "EVAN PRICCO (US)"

Read more about "WORK WITH US"

Read more about "VOLUNTEER WITH US"

Following last year’s FREEDOM issue, this edition of Nuart Journal explores the theme of LOCKDOWN. Available both online and in print from May 1, 2021.